The 2021 European Junior Solheim Cup Team has been finalised.

The 2021 PING Junior Solheim Cup will take place on 1 and 2 September at Sylvania Country Club in Toledo, Ohio will see Team Europe face the United States in the 11th edition of the competition.

“We have now selected all the players." Said eight-time Solheim Cup player, and junior team captain, Annika Sörenstam. "We have a young and talented team from eight different European countries and I look forward to being their Captain. The PING Junior Solheim Cup is such a fun event, and we look forward to competing against Team USA with Captain Renee Powell and her players in Toledo.”

Former LET member Nora Angehrn, who is coach for the Swiss Girls National Golf Team, will be the Vice-Captain to the European team. 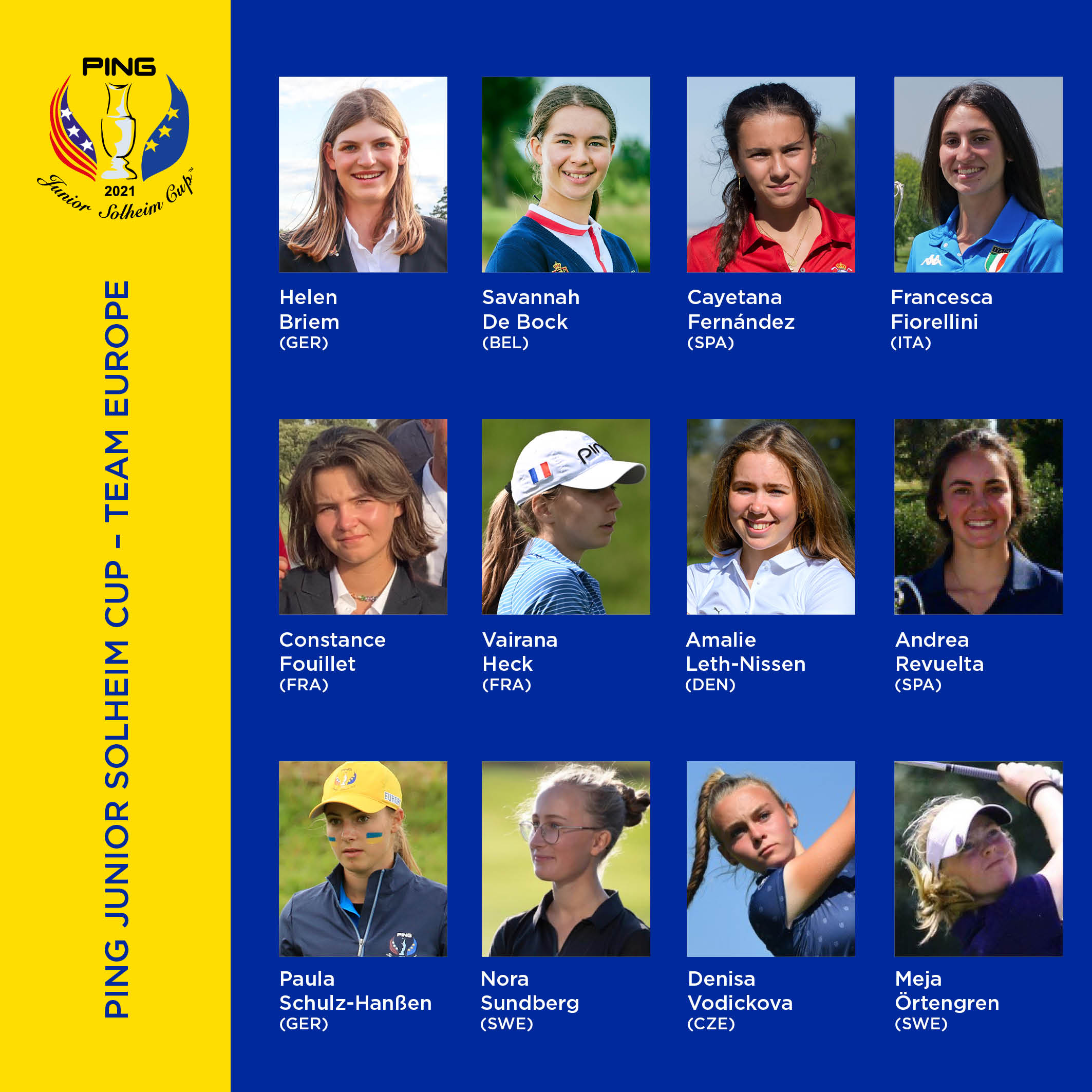 The PING Junior Solheim Cup is a biennial contest which was inaugurated in 2002 and is designed to give golfers from both sides of the Atlantic the opportunity to gain international match play experience whilst at the same time, meeting and sharing experiences with the professional players in the Solheim Cup.